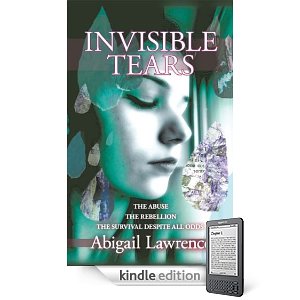 "At the age of 6 Abbie's mother died, and with no one there to pick up the pieces she was shipped off to whomever would take her. Unfortunately, the loving and caring home she needed was not what she got, instead she was forced to live with a woman that physically and mentally abused her, and then eventually... in seek of fame... handed her over to local pedophiles in the "entertainment" business. After her father (who had been relatively absent up until this point) finally accepted what was happening to his children he whisked them away for a better life, but sometimes people can be to late, sometime the damage has already been done. Keeping, and constantly reliving the secrets of what really happened to her, forced Abbie to grow into a damaged and rebellious teenager, looking for comfort and drugs where ever she could get them. This is the story of Abbie's struggle to survive, her struggle to understand that not everything was her fault, and the struggle to finally find love and acceptance. This is a story of a small girl, who had to learn to dig her own way out of the trenches... just to be able to breathe. The novel was written in Abbie's dialogue so it is imperative you be prepared for several things. 1. You are going to experience the worse side of life through the eyes of a child for the first several chapters. They are excruciatingly difficult to read (especially if you have small children) and will, at times, make you feel physically ill. 2. The story will eventually move past blatant gruesomeness, however the story as a whole continues, and can be as equally emotional as the first few pages. (so grab some Kleenex.) 3. If you start reading, do not stop. This is not a book you can put down half way through and wish you had never picked it up to begin with. The epilogue is a very VERY important part of the story and if you don't read it you will never get the intended point of the book. (Pace yourself if you have to but don't give up on it.) This novel is in no way intended for a young audience, or the faint of heart. It is rough, it is damaging, and it is horrifyingly descriptive. The fact that it is based off of someone's' 'real life' experiences makes it only that much more difficult to handle, so read at your own risk."
—Misty Baker, KindleObsessed

"I bought this book and wanted to read it as it is competition for my own book A Fine Line A Balance to Survive by Lisa WB (Myself). I found it interesting, a book that I could relate to and a very worthy read. I enjoy the competitive challenge with this book, and now I have read it can only applaud and say a job well done. This is significant for the insight, significant for the courage of the author and I think it is well written and I also could relate to the author and found myself liking her, and I was so glad that the ending was one that I enjoyed. I was so hoping that certain relationships would turn out the way I wanted them to do. I applaud the author and I hope that she is writing another book as I so enjoyed this one. Although it is sad that accounts like this have to be written in the first place I think they are so significant and important for better understanding. Well done Abigail and all the best for the future."
—Lisa WB

At a time when six-year-old Abbie needs love and security, her mother goes to the hospital and never returns. Still distraught, Abbie is passed to whoever will have her. Her new step mother subjects her to unimaginable physical, sexual and psychological torture and delivers her to local paedophiles in the entertainment business. During her single minded pursuit of fame Abbie’s step mother stops at nothing, beating and prostituting her own children.

This is the story of Abbie's struggle to survive, the grim details of child abuse of the worst kind all told from the perspective of a little girl.

As a teenager Abbie is uncontrollable. A Modette during the 80's revival, she finds a love of scooters, rebellion and gang life on the wild side. Dulling her pain with alcohol, drugs and promiscuity at a very young age, Abbie loses control and becomes well known to the local police. Not one person can get through to her because she has no fear, no self respect, no morals or self worth. With nothing to lose, she throws herself into one battle after another, blood and guts brawling between the skin heads and the mods on the streets of London.

Her family eventually disowns her realizing they are unable to help. Abbie finds herself in the care of the Court until she is abandoned by children's homes and Social Services too. Alone, penniless and pregnant at the age of 16. Haunted by the secrets of her unspeakable past. Will anyone ever see her invisible tears?