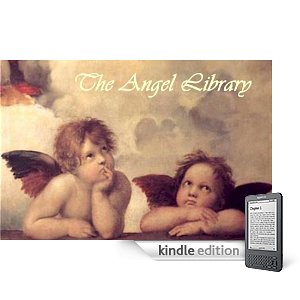 John Ronner, author of The Angel Library, discusses his book, his journey as a writer, and self-publishing on Kindle.

DAVID WISEHART: What can you tell us about The Angel Library?

JOHN RONNER: I have combined three of my previous best-sellers—Do You Have a Guardian Angel?, Know Your Angels: The Angel Almanac, and The Angels of Cokeville: And Other True Stores—into one searchable digital edition. Together, the three books have more than 140,000 hard copies in print in three languages.

JOHN RONNER: Someone who has actually had a dramatic angelic encounter of some sort, or perhaps many subtler experiences.

JOHN RONNER: A long one. I started out as a teen-ager writing fiction, moved on to journalism as a newspaper reporter specializing in covering courts and the police beat during the 1970s and 1980s. In 1984, I started a publishing company and began touring to promote my books.

JOHN RONNER: I believe strongly in research. I didn’t write the first word of my initial non-fiction book, Do You Have a Guardian Angel?, until I had already spent 14 months in research and had filled up 110 file folders with bulging notes in small handwriting. After that, it took me weeks just to organize the information. Only then did I begin writing, and not surprisingly, putting the actual words on paper was a breeze. As I wrote, all I did was to condense the cream of my already-organized notes, which themselves were the cream of my research. So the manuscript, as the French would say, was the crème de la crème. Secondly, my favorite saying concerning writing is that good composition is as much a matter of what you leave out as what you put in; in other words, writing must be planned, tightly edited and kept focused every line of the way.

JOHN RONNER: Maximum Achievement by Brian Tracy. If I had known what is in this book when I was in my 20s, I’d be light years ahead of where I am now.

JOHN RONNER: For years, I booked my own city-to-city tours, with a mix of morning TV, AM talk radio interviews and interviews with daily papers in each city of the tour. Also, there were talks before specialized groups followed by back-of-the-room sales. In recent years, I’ve relied more on phoner interviews, because of their convenience. Last Christmas, I was twice on Coast to Coast A.M. talking about angels and angel intervention.

JOHN RONNER: Amazon’s Kindle program is revolutionizing publishing in the way the printing press brought books to the masses in the mid-1400s. If a writer already has strong editorial experience and doesn’t need heavy editing and knows how to conduct his or her own research, Kindle is really a godsend. Consider these facts: The traditional publishing model is rapidly disintegrating. Massive book returns from the stores, once the plague of writers and publishers, are disappearing along with the old system. In Amazon's Kindle ebook program, there are virtually no returns. Also on the way out is the secondary market undercutting, often fatally, your print sales. With ebooks locked to individual Kindles, there is no pass-along readership. Books don't end up in the used markets that then piggyback on your publicity and promotion efforts and reduce your sales. Also, writers e-publishing direct to readers now have a way around the traditional gatekeepers at the editorial houses. No longer does an editorial bottleneck stand between writers and their audiences. And finally, when the book is published, it’s not passing through four middlemen between the author and his or her reader (publisher, distributor, wholesaler and bookstore)—each one taking a massive cut of the profits and leaving the author with a very thin slice of the profit pie. Amazon, the only middleman, pays 70% and handles everything. It's a Brave New World, infinitely friendlier to the long suffering and struggling writer.

JOHN RONNER: Amazon’s Kindle program is as close to dying and going to heaven as a struggling writer can get. But it’s not a cure-all. You still have to have editorial know-how or pay to be edited; you still have to be able to do solid research, so you’ll have something to say (content is still king, even in the new e-publishing world). And you still have to know how to promote and market a book, or learn how to do so. But so many obstacles have been swept away. 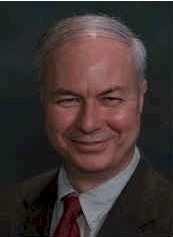 A former award-winning newspaper reporter, John Ronner founded a publicity and publishing company in the 1980s. 140,000-plus copies of his books are in print in three languages. He has been interviewed for many national, regional and local shows and publications since 1985, including The Phil Donahue Show, The Learning Channel, and a front-page roundup article in The Wall Street Journal. For aspiring authors interested in learning how to get publicity and promote their books, John has produced a detailed report: A 25-year Publicist's Guide to Promoting Your Book—available for download for $3.95 at Amazon.com. John is also the author of The Angel Library, which combines three of his best-sellers into one searchable digital Kindle edition available for download at Amazon for $7.