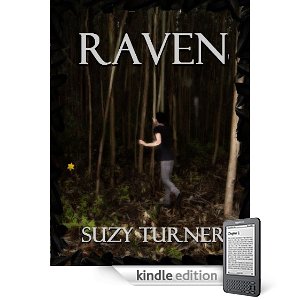 Suzy Turner, author of Raven, discusses her book, her journey as a writer, and self-publishing on Kindle.

DAVID WISEHART: What can you tell us about Raven?

SUZY TURNER: Raven is a fantasy novel for children and young adults set in the beautiful province of British Columbia. After the inexplicable disappearance of Lilly Taylor's parents, she has no choice but to move to Canada where she unravels some frightening yet intriguing family secrets... Her whole life had been based on a lie. Lilly had grown up in a loveless home with a father who she had barely ever seen and a mother who was... well, not very motherly. After they mysteriously disappear without a trace, Lilly is sent to Canada where she finds a whole new way of life. A life filled with love and people who care for her. But that's not all she discovers, Lilly also finds out that she isn't who, or what, she thinks she is. Lilly has a very special ability and it's just a matter of time before her true self starts to shine. And when it does, her life will never be the same again.

SUZY TURNER: I take inspiration from people I meet, anyone I see out and about, people on TV, in magazines, etc. I love people watching! One of the best places to get ideas from is at airports, where there is such a wide variety of weird and wonderful characters to be found. Once I've started to write a novel, the characters completely come alive in my mind... they develop themselves. I know that sounds corny but it's just the way it happens. I picture them like in a movie and they become more rounded the more I write.

SUZY TURNER: I like to believe that anyone who enjoyed the Harry Potter and Twilight series would equally enjoy Raven. I would say anyone from around aged 8 to 90!

SUZY TURNER: When I was a kid, I always had my head in a book. There was a teacher at school who made positive comments about a short fantasy story I once wrote and I think that probably started something in the depths of my subconscious. After completing my A levels in English Literature and Business Studies, I got a job as a trainee journalist. This developed into assistant editor, then to features editor and finally to magazine editor. Throughout this time, I frequently had articles and a couple of short stories published. In the mid 90s I wrote my first novel and experienced rejection for the first time. I guess I wasn't prepared for that though and I pretty much gave up for a while. I did start a few other novels but it wasn't until I was made redundant last year that I finally sat down and wrote Raven. It is my favourite so far!

SUZY TURNER: Unless I have a strict deadline to work to, I admit that I'm not very good at getting a lot of work done! Unfortunately, I am easily distracted. However, once I'm in the right frame of mind, I force myself to write so many words per week. Whether its 5,000, 10,000 or 15,000 words, I usually get it done. I'm working on the sequel to Raven at the moment. Its called December Moon and from tomorrow (!), I WILL be writing at least 10,000 words per week. I have to... I've already told everyone that it will be out for sale for September 2011!

SUZY TURNER: I love to read about success stories and I think the first author who really inspired me was Jenny Colgan. I'd read an article in a magazine (I think it was Cosmo) which detailed how her first book had led to a bidding war and she'd earned a nice sum at the time. I thought if she can do it, then so can I. That was quite a few years ago though. Since then, I have (hasn't everyone?) been inspired by JK Rowling, Stephenie Meyers, Amanda Hocking, etc.

SUZY TURNER: Ooh... it's tough just to give the name of one! I'll go with The Handmaid's Tale by Margaret Atwood. I studied it for A level English literature and I remember being blown away by it.

SUZY TURNER: I have a blog where I write about my own work, my journey, other author's books and journeys, reviews, etc. I try to make it fun in an effort to gain interest and I've 'met' some amazing folk from it. I'm also on every kind of social networking site that I know about (twitter, facebook, myspace, getglue, youtube, figment, scribd, she writes, friends reunited, etc). A friend of mine (and fellow author, Peter Empringham) has had T-shirts printed and wears them as often as he can in the hope that someone will take notice... I might even give it a go myself! I've approached about 40 book bloggers (so far!) and am slowly hearing back from them. Most are keen to read and review Raven and some have even offered to interview me, which is really sweet. I've also had a smashing interview printed in my local newspaper. With my book being almost entirely based in Powell River, British Columbia, I have sent a press release to every publication I could find in the vicinity. I'm yet to hear from any of them though. I can but try, I guess!

SUZY TURNER: After receiving nearly 20 standard rejections from literary agents, I pretty much gave up on the traditional route and decided to go indie. Publishing on kindle is easy, its quick and it makes my books available worldwide... plus I get to keep so much of what I earn, so why wouldn't I want to publish on kindle?! I've owned my kindle only a short time but I am well and truly obsessed with it. Its the most amazing piece of kit! My husband says I ought to be a kindle salesperson!

SUZY TURNER: Go for it! Unless your writing isn't up to scratch, you've got nothing to lose. Make sure your book is the best it can be before uploading it to amazon, that means having plenty of other pairs of eyes read through it thoroughly. Or, if you can afford it, get a professional editor to do it. For Raven, I had a number of wonderful friends proofread and edit it for me. Three are in the publishing business and another is a school teacher so I trusted what they had to say. For December Moon, I've hired a professional editor. Although my pals were awesome for doing it, they all have their own lives to worry about! 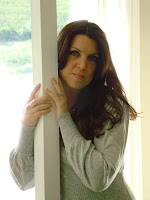 Although Suzy is a Yorkshire lass at heart, she left her home town of Rotherham, UK, to move to Portugal with her family when she was ten.

The Algarve continues to be her home, where she lives with her childhood sweetheart and husband of 13 years, Michael, and their menagerie of dogs and cats.

Suzy's career began soon after completing her A levels when she was offered the position of trainee journalist for a local English newspaper. Her love of writing developed and a few years later she moved on to become assistant editor for the region's largest English language publisher. Since then she has also worked as the editor of one of the Algarve's most loved monthly lifestyle magazines. Early in 2010 however, she began her real journey as an author. Suzy writes both YA urban fantasy and chick lit.