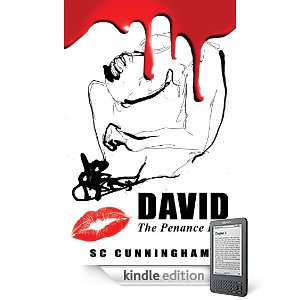 S.C. Cunningham, author of The Penance List, discusses her book, her journey as a writer, and self-publishing on Kindle.

DAVID WISEHART: What can you tell us about The Penance List?

S.C. CUNNINGHAM: The Penance List is the first of The David Trilogy, a sexy psychological thriller based in London and the Amalfi Coast.

Years ago, I met a serial killer who'd brutally attacked girls living in London. Luckily I was unscathed, but looking into his cold calm eyes I began to ask questions as to how a human could become so cruel, void of empathy and enjoy such barbaric acts of cruelty. The fictional character David was born. Coupled with experiencing characters I'd met whilst working in the celebrity driven glamorous worlds of music, film, football and fashion, I created a fun, sexy, thriller, rollercoaster ride, with thought provoking messages, for readers to lose themselves in, something I would want to read, something that would keep me on my toes with twists and turn and laugh out loud moments. I am proud to say it is now being adapted for film, the characters are coming alive.

S.C. CUNNINGHAM: They start with characters I meet in life, observations, I am a big people watcher. I mix and match from there. I have to deal in 'truths', be able to believe, feel, smell, see, hear the character and the situations they find themselves in. The characters become real to me and their interaction with each other intimate and honest. They fight for their lives, hide behind lies, have torrid affairs, make dangerous mistakes and use humour to deal with fear. The David character was abused at school, as a result, he is complex, obsessive, charming, a sexual tour de force...you understand the boy in him but fear the man. His leading lady Tara, is the complete opposite, a lovable creature, caught in the wrong place at the wrong time—how easy it is for evil to step into the lives of the innocent.

S.C. CUNNINGHAM: Martina Cole, Karen Rose, Jilly Cooper, James Patterson fans. There are elements of Psycho, Basic Instinct and Sex and the City. My work is pretty full on, I throw the book at the reader, keep them fully entertained, as I would want to be—they are frightened, on edge of seat, laugh out loud, and aroused. I don't let them breath until the very last page and then I shock for one last time.

S.C. CUNNINGHAM: I used to work in the music to film industry, I adore film, the magic of escape, so I write with film in mind. It has taken 14 yrs. As a single parent, I worked in the week and wrote at the weekends and holidays. Once my daughter finished university and started her own life, she no longer needed me to keep the roof over our heads, so I braved the risk, sold my flat and took time out to write full time and self publish.

S.C. CUNNINGHAM: Very simple and very difficult. I get mentally into the 'zone', sit at the computer and write, the characters take themselves on a journey. The hard bit is getting into the 'zone'. I can procrastinate for hours before my mind settles, I clean the flat, wash, iron, move furniture, cook, garden... anything to delay. I have tried renting a cottage by the sea and living alone, but this is hard, lonely and frightening, especially when dealing with a scary storyline. I now find that living in the centre of a buzzy area, a city, works well for me. Jogging before I sit to write helps clear the head. Sometimes the storylines come at night, I wake and know where to take the character next—strange, but true, the books write themselves.

S.C. CUNNINGHAM: I have read many wonderful works, but I haven't read 'the one' yet.

S.C. CUNNINGHAM: An author needs to wear a few hats, not only know how to tell a good story ie, marketing, PR, social networking, blogs, book signings. I have just finished recording the audio book version, this and the release of the film will hopefully help with promotion.

S.C. CUNNINGHAM: Much as I adore paperbacks, I understand that downloads are the future, for music and books. I love the feel of a kindle and the ease with which you can carry a zillion books to read anywhere, anytime. My success with ebook downloads has encouraged me to record the audio book version, which was challenging, especially standing in front of a studio engineer during the 'saucier' moments!

S.C. CUNNINGHAM: Just do it! Kindle is a wonderful piece of kit that fast becomes a reader's best friend, and a writer's greatest asset for reaching out to the world. Keep it simple...and Kindle is simple. 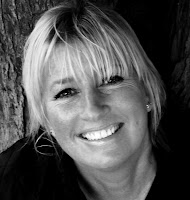 Cunningham has worked in the celebrity driven worlds of; music, fashion, media and sport, mixed with rock stars, royalty, models, footballers and maverick moguls. She has safely crossed the paths of stalkers and a serial killer. Her diverse life, quick witted honesty and sense of fair play, afford her novels a level of authority and sincerity rare in fiction. Convent educated with Irish roots, the former model has worked within music (ex husband Raf Ravenscroft, of Gerry Rafferty’s ‘Baker Street’ fame, Pink Floyd, Marvin Gaye, Tina Turner), film (headed up music to film production company), football (at Chelsea Football Club, and SFX Celebrity Management, the company responsible for the career of David Beckham), golf (European Tour, BMW PGA, Ryder Cup), horseracing’s elite at The Jockey Club (Patron; HM The Queen) and for the Charitable Trust - Our Forgotten Children. For the past 14 years writing has been her passion, she writes with film in mind (believing music to have the importance of a lead character) The Penance List is now being adapted to film. Her daughter is celebrated artist Scarlett Raven (www.scarlettraven.com)

Discover new writers! Subscribe to the FREE Kindle Author Newsletter.
Posted by kucinx at 1:27 AM