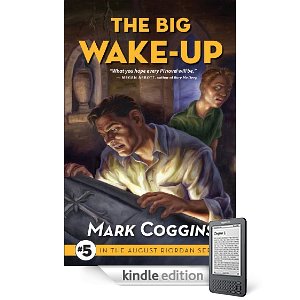 Mark Coggins, author of The Big Wake-Up, discusses his book, his journey as a writer, and self-publishing on Kindle.

DAVID WISEHART: What can you tell us about The Big Wake-Up?

MARK COGGINS: Here’s a thumbnail sketch of the plot:

When San Francisco private August Riordan engages in a flirtation with a beautiful university student from Buenos Aires, he witnesses her death in a tragic shooting and is drawn into the mad hunt for former Argentine first lady Eva Perón’s remains. He needs all of his wits, his network of friends and associates, and an unexpected legacy from the dead father he has never known to help him survive the deadly intrigue between powerful Argentine movers and shakers, ex-military men, and a mysterious woman named Isis who is an expert in ancient techniques of mummification.

I’ve also prepared an online slideshow to describe some of the amazing real history behind the story, in particular what happened to Evita after she died. You can find it here: http://www.markcoggins.com/blogpreso/index.html

MARK COGGINS: I think the old saw applies: show, don’t tell. Let readers draw their own conclusions based on the clues you leave for them in what a character does, what he says, how he moves and dresses, what possessions he has, and even how he appears.

Conveying character by appearance may draw upon assumptions, stereotypes and prejudices to some extent—for example describing someone as having a high forehead might suggest intelligence—but it can also be done by giving details about grooming and hygiene that let the reader know how fastidious or vain someone is.

But you can’t simply pick one attribute from column A and another from B to form character—it’s not a list making exercise. It’s an exercise of imagination where attributes must be synthesized to form a whole person in whom readers will believe.

MARK COGGINS: I think my ideal reader is probably someone who enjoys and appreciates the tradition of detective fiction, as started by Dashiell Hammett, continued through Raymond Chandler and carried on today by writers like Michael Connelly or Robert Crais.

MARK COGGINS: I came to writing mysteries because of my admiration for the work of Raymond Chandler. I was introduced to Chandler in my first creative writing class—a class that was taught by Tobias Wolff.

Wolff was making the point that certain writers have a very unique style and he was reading from various works to back up his assertion. One of the things he read was the first chapter from The Big Sleep. I didn't know anything about Chandler before that reading, but I very much liked what I heard.

Later that week I went to the college bookstore and bought a copy of The High Window. I can't tell you now why I picked that instead of The Big Sleep, but I did. I devoured the book and quickly ran through the rest of Chandler and all of Hammett too.

The next creative writing class I took was from Ron Hansen. In it, I wrote a short story in the hard-boiled tradition titled "There's No Such Thing as Private Eyes." I shopped the story around and a number of years later it was published in The New Black Mask, volume 4. The New Black Mask was a revival of the famous pulp detective magazine that gave Chandler and Hammett their start. It was edited by Richard Layman (one of Hammett's biographers) and published in trade paperback format by HBJ. As you might expect, I was very pleased that my first published story appeared in the same magazine that first published Chandler and Hammett.

After a hiatus of many years, I eventually wrote my first novel based on the same character in the short story—August Riordan.

MARK COGGINS: I used to outline the plot in detail before I started writing, but now I just come up with a general story arc at the beginning of a new book and take it chapter by chapter from there. Since I have a “day job,” I do most of my writing in the mornings and on the weekends.

MARK COGGINS: The Long Goodbye by Raymond Chandler. Here’s a link to some original research I did on the creation of the book:

MARK COGGINS: I’ve made samples of my novels available on Scribd: http://www.scribd.com/collections/2628904/August-Riordan-Series

And I’ve also started podcasting the books on Podiobooks. Here’s a link to the first in the series: http://www.podiobooks.com/title/the-immortal-game/

MARK COGGINS: I’m a big fan of the Kindle—our household has two at this point—so I was motivated to have my books available on a device/medium I enjoy using myself. I also think, like a lot of other people at this point, that electronic publishing is the wave of the future.

MARK COGGINS: I personally think it’s important to do (or have someone do) a good job on the book conversion to Kindle format. I’ve seen too many ebooks—even from big publishers—with glaring errors in the conversion and formatting. To be specific, I don’t think just feeding a Word file into an automatic converter usually cuts the mustard. 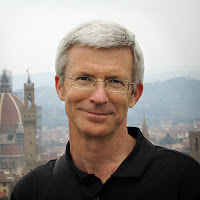 Mark Coggins’ work has been nominated for the Shamus and the Barry crime fiction awards and selected for best of the year lists compiled by the San Francisco Chronicle, the Detroit Free Press and Amazon.com, among others.

He lives in San Francisco with his wife Linda.