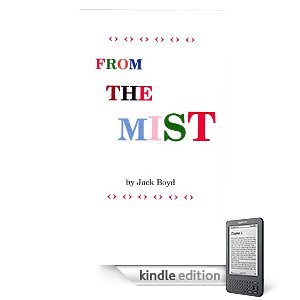 Jack Boyd, author of From the Mist, discusses his book, his journey as a writer, and self-publishing on Kindle.

DAVID WISEHART: What can you tell us about From the Mist?

JACK BOYD: It’s a religious book for people who hate to be told about religion. The whole thing started because I hate to have people tell me about their religion. Just show it to me. If I can’t see a religious belief in someone’s life, I tend to distrust the teller. That’s why I wrote From the Mist. It’s an attempt to write a religious book that doesn’t mention God, or the Bible, or sin or salvation or the other goodies of traditional religion.

JACK BOYD: From the Mist has a Prelude, followed by 12 short story-like chapters. There is one primary character, a cynical reporter, moving through the entire book. However, this reporter keeps bumping up against others who have been affected by a particular character who is never seen but who changes lives wherever he appears. Constantly going to new characters from different societal levels and different locales means constantly finding interesting characters with new influences. Also, some of the 12 stories are told in first person, some in third person, and one is a typed police report. As one famous writer said when asked how he got such vivid characters: “I get two conflicting characters, then I just follow them around and jot down what they say.”

JACK BOYD: The ideal reader is a non-believer who is given From the Mist by a believer. The book is designed so it will not insult a non-believer. Is it meant to convert? Nope. That’s not my job. My job is to write; the readers do the heavy lifting of analysis.

JACK BOYD: Besides three degrees and a variety of states, I’ve been through four typewriters and four computers (so far). Coming from a farm background, before television we tended to sit around after work and tell stories. Several of those stories have wound up in one or another of my eleven published books. Writing a weekly short-short story of 750 words for our local newspaper for five years forced me to be both regular in my writing and careful with extra words; self-editing is an absolute necessity in short-short stories. That critical eye for useless words has effected all of my writing.

JACK BOYD: First, get the plot direction. Second, list the characters with brief bios, what one writer called “building the bone structures.” Finally, outline the story completely. Obviously, the interaction and growth of the various characters means the plot may bend into new and interesting directions, but I have to know if the main character lives or dies, fails or succeeds, marries or doesn’t.

JACK BOYD: Outside of some of the Psalms? Thank You for Smoking, by Christopher Buckley, and the script for The Pirates of Penzance, by W. S. Gilbert.

JACK BOYD: Emailed all my friends and asked them to email their friends about the availability of my books on Kindle. And I hand out business cards like a spawning salmon.

JACK BOYD: It’s easy, it’s inexpensive, it’s everywhere, it’s logical. Don’t over-analyze; just do it! A Kindle writer’s only limitation are available energy, sense of invention for finding ways to self-promote, and number of friends. And Amazon has an app for just about every hand-held device in the world. 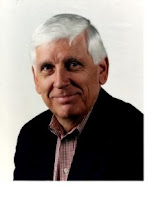 Jack Boyd was born in Indianapolis, Indiana, in a farm house, and had a father and a grandfather who were both talented storytellers

Graduated from Abilene Christian University. Now retired from the Music Department of that same University.

Used to: direct choruses in a Kentucky high school and at Abilene Christian University. Used to: be a music critic and weekend anchor on KRBC-TV (made some really cool enemies).

Has the regulation wife, son, two daughters, and 7 grandchildren.

Lives on five acres south of Abilene near a low line of hills, where he sits on his porch and thinks up more stories. He calls that work; others are not so sure.

More information on his website at www.cedargapbooks.com, or simply type Cedar Gap Books in your browser, where you’ll find a fine picture of his bluebonnet-filled front yard, descriptions of the 8 books (so far) he has on Kindle, plus a video.