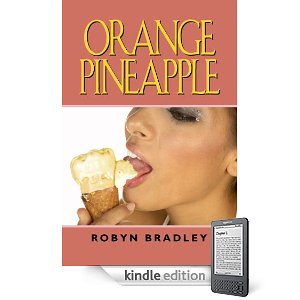 “What I loved about this story is how it left me at the end—what would I do in a similar situation? I was expecting a fun read and got that with thought provocation as well—a win win!”
—JDurrani, Amazon Reviewer, 5 stars out of 5 stars

A lonely man. A lost girl. And ice cream. It isn’t what you think. (Okay, maybe a little.)

He started sleeping with Candy two weeks after her mama died. Her real name was Canada, but no one ever called her that. She was not yet seventeen.

After Joy's funeral, he assumed Candy would go live with her grandma—Joy's mother—who had a place in Onset, just over the Bourne Bridge. Candy's father had been missing most of her life, and the rest of Joy's family was dead, drugged up, or in jail. But by the time everyone had paid their respects, eaten from the Stop 'n Shop cold-cut platters, and drunk the last of the booze in Joy's liquor cabinet in the two-bedroom rental in Hyannis, it was just him and Candy staring at each other.

"I don't think she noticed I wasn't with her."

Joy had told him long ago that her mother was a lush. And while he'd observed grandma drinking gin-and-tonics throughout the afternoon with the snake-skinned Uncle Henry—who was no one's uncle as far as he knew—he hadn't realized she was going on a full-blown bender.

Candy reached for his arm. "Les? You're not leaving, right?"

He looked her squarely in the eyes for the first time since he woke her up four nights ago to tell her that her mama was dead. She'd reeked of pot and Jack Daniels from her Friday night partying—partying that Joy never paid much attention to. But now she smelled of the amaretto-scented soap Joy kept in the shower. Barefoot with hot pink toenails, she stood nearly as tall as he did—five foot nine, even though he fudged it on his license and added two extra inches. It amazed him how much a body could change in the two years he had known her. At fifteen, she had been a straight line of undriven highway. Now, she had curves and hairpin turns that she accentuated with push-up bras, halter-tops, and miniskirts she wore without underwear.

"Why do you let her dress like that?" he'd asked Joy once.

Joy shook her head. "It's just a phase, Les. Besides, she's gonna dress like that even if I tell her not to. Kids change their clothes at school. In cars. In gas stations down the street. Might as well have it out in the open instead of her sneaking around like I used to do."

#
"Right," he finally said when he thought Candy might start crying. After the funeral, he figured he'd crash on his brother's couch in Falmouth until the landscaping season started up on the Cape and he could get some cash for a security deposit and first month's rent. Didn't seem likely he could stay in the apartment now that Joy was gone, even though he'd paid his fair share of the rent over the last two years. His name wasn't on the lease, so it was never really his place to begin with, although he reckoned the landlord wouldn't give two shits who stayed, as long as the rent was paid. "I'll stay one more night," Les sighed. "Tomorrow, we'll call your grandmother."

But when he called the next day and the day after that, he got a recording saying the phone had been disconnected.