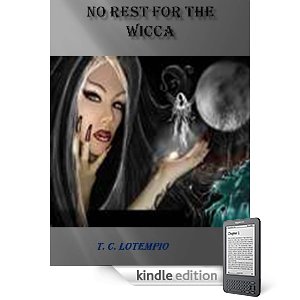 Toni LoTempio, author of No Rest for the Wicca, discusses her book, her journey as a writer, and self-publishing on Kindle.

DAVID WISEHART: What can you tell us about No Rest for the Wicca?

Communing with the dead is an everyday occurrence for PI Morgan Hawkes. A half-Wiccan witch who can commune with spirits of those caught between worlds, Morgan uses her talents to exorcise the trapped ghost or demon as part of the Paranormal Investigation Squad—until a string of murders with a voodoo slant prompts the Special Forces Agency to ask for her assistance. Someone’s killing pureblood witches—and the SFA’s convinced Morgan’s heritage (her father was a voodoo priest) could be instrumental in solving the mystery. Teamed with dashing SF agent Cole St. John—an Inheritor Vampire that sets her blood racing—the two of them fight their attraction for each other as they race to stop a madman from unleashing a demonic force upon the world.

TONI LoTEMPIO: I sketch each one out—their background, history, what they like to eat, read, etc. their hobbies, their secrets, their faults. In Morgan’s case she carries a lot of baggage, guilt over the death of her partner when she was a homicide cop. So a lot of her demons are how she deals with this. Xia is supposed to be a calming influence on her, so I sketched her exactly the opposite—calm, cool, a bit flaky perhaps. And Cole—well, he’s a man of mystery. And damn sexy. (IMHO)

TONI LoTEMPIO: Anyone who’s fond of vampires, witches and the like, who enjoys a good mystery, a snarky heroine and a sexy man of mystery hero!

TONI LoTEMPIO: I’ve been writing off and one since I was 12 years old, but only seriously since 2000. I have a few other novels published by small presses, but nothing really notable. In 2008 I landed an agent for one of my novels, (as yet unpublished) which I called Soapsuds, Sex and Silver Bullets. It was a paranormal mystery. That book went all the way up to NAL’s editorial board, but was ultimately rejected because they said it was too similar to Eileen Davidson’s soap mystery series. My then agent sent out No Rest for the Wicca, (then titled Black Magic Wiccan). Wicca actually went all the way to Grand Central’s editorial board, and got turned down there too. Well, I never got to find out if the third time was the charm because guess what! Said agent lost interest and stopped communicating! So, unfortunately, we had to part ways, which was a difficult decision for me. I’ve been writing manuscripts ever since, trying to get another agent, and then HP Mallory, who was also a client of the same agent at the time, suggested I try indie publishing so I dusted off No Rest for the Wicca as well as another one, A  YA fantasy entitled My Superhero Sister…and here I am today.

I’m also a reporter for a pulp magazine, Susabella Passengers and Friends, and I just joined the staff of Night Owl Reviews in February as their suspense reviewer/columnist.

TONI LoTEMPIO: First an idea germinates. It could be something as simple as seeing a name on the side of a garbage truck (honest, that really happened) or the name of a street (that happened too J) then I sketch a brief story outline and sketch out the characters, what they will be like and how they relate to each other. Then I bullet each event to happen in sequence and start writing. As I get more into the story, I bullet each chapter and my outlines are usually much more detailed toward the ending of the book than they are at the beginning LOL

TONI LoTEMPIO: Either Gone with the Wind or The Thorn Birds.  Both are complex, sweeping sagas and I would love to have written either!

TONI LoTEMPIO: Facebook, setting up reviews with indie reviewers (and anyone I can find, actually). Interviews with nice people like you. J

Seriously, if anyone out there wants to interview me, I’m willing!

TONI LoTEMPIO: Why not? Many people have been very successful at it—plus, it affords the author a freedom he might not get otherwise. Essentially, your words are your words.

TONI LoTEMPIO: I would say go for it!  Nothing ventured, nothing gained, and if nothing else, it will only serve to increase your own self-worth and belief in yourself and your abilities. 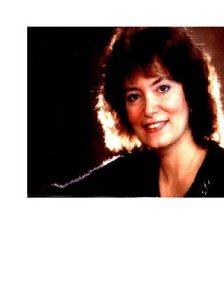 Born in New York City, Toni began writing at an early age. In 1995, she joined the staff of Susabella Passengers and Friends, where she has been a staff reporter for 10 years, winning their Margaret Sutton Award for Distinguished Writing in 1998. Always fascinated by the supernatural, her favorite tv show growing up was Dark Shadows. Her taste in literature leans toward a mix of horror, UF and thriller,as evidenced by her favorite authors: Stephen King, Mary Higgins Clark, Charlaine Harris and James Patterson.

in 2010, Toni entered into the indie ebook market with No Rest for the Wicca, which has received excellent reviews.

Toni lives in Clifton, New Jersey with her four cats and is currently working on two UF books, a YA fantasy, and a screenplay. Toni enjoys hearing from fans, who may reach her at tlotempio@aol.com, or via her website, www.freewebs.com/toni1953.