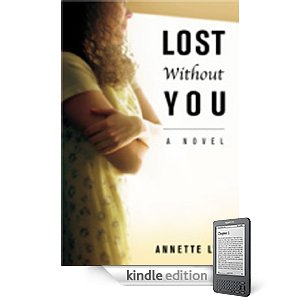 For months, Christopher Morris has been Brooke’s idea of the perfect man—attractive, charming, and fun to be around. But lately he’s begun acting strangely, becoming possessive, controlling, and moody. Brooke feels she has no choice but to break up with him, but Christopher doesn’t take it well. He drives her wildly back home and gets into a car accident.

That’s when Brooke first meets police officer Greg Stevens. After she keeps meeting him—at the worst possible times—the begin dating. Greg confesses he’s a widower and that Brooke is the first woman he has so much as looked at in years.

But as Brooke agonizes over whether Greg will ever be able to truly love her, Christopher makes a dangerous return into her life, deciding that if he can’t have her, no one can.

Will Brooke be safe from her unbalanced ex-boyfriend? And can Greg Stevens ever heal from the death of his wife and open his heart again? A delightfully gripping novel about the occasionally treacherous path to true love, and one woman's unexpected journey along it.

Book Excerpt from Lost Without You:

Christopher drove home, where his mother would be waiting for him. He knew something wasn’t right with him; the feelings surging through his body, the thoughts filling his mind, felt like something trying to take control over his body. He’d felt this way before, but not in years. He was younger then, less mature. This time, he’d handle it on his own.

He pulled into the driveway and killed the car, but didn’t go in yet. Mother couldn’t see him like this; he had to calm down first or she’d ask whether he’d taken his meds.

Rather, my poison. I’m fine—I don’t need any meds.

He hadn’t needed them for nearly two years, but he’d taken them faithfully in spite of the side effects until March, nearly two months ago. He blamed his extra twenty pounds and receding hairline on those pills. Not to mention the headaches and nausea. And tossing and turning every night, unable to sleep. Poison—that’s what those chemicals were. Brooke deserved a man without love handles or a shiny scalp. So he went off them.

Still gripping the steering wheel, a surge of emotion shot through Christopher again. He looked over at the passenger seat and stroked the spot where Brooke had sat minutes before. He wanted nothing but her. He needed her. What went wrong? Everything was perfect until she pulled that surprise out of nowhere tonight. Back and forth his hand went, stroking the seat. No matter. He’d win her back. The two of them would be together, in this life or the next. No matter what it took.

He tried to even out his breathing so Mother wouldn’t ask any questions. Even if she didn’t shove the pills down his throat, she might trick him into taking them inside food or—worse—drag him to see Dr. Hamilton again. He couldn’t risk that. So he leaned against the headrest and closed his eyes, breathing deeply while running his fingers across Brooke’s seat. After a few minutes he adjusted the rear view mirror to peer into his eyes. He blinked, searching his expression for anything Mother could find amiss. With one final breath, he got out, closed the car door, and headed up the porch. He glanced at his watch. Mother would be watching one of those news magazine shows. If he came in with a smile and gave her a kiss on the cheek, she might not ask why he was home early.

Christopher reached for the doorknob then gave one final glance at the passenger seat. Brooke would be his—he’d see to that. As he opened the front door, he couldn’t help but smile.