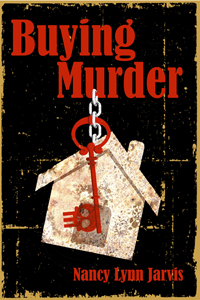 "All the characters seem real… Regan, Tom and Dave seemed liked old friends by the time I finished the book."
Bonnie Raymond

"…had  a complex plot and a rich mix of characters (and suspects).  Just what  you're looking for in a who-done-it."
John Grason, Ph.D. 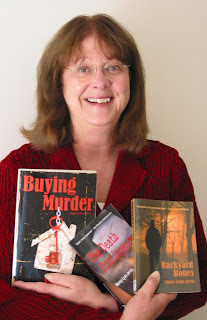 Murder gets personal when human remains are found in the beach cottage that realtors Regan McHenry and her husband, Tom Kiley, buy. The murder victim has been hidden away for sixteen years, and although the authorities quickly discover his identity, the trail to his killer is cold after so many years.

Regan has sworn off playing amateur detective, but when it becomes clear the police have to focus on more pressing crimes, she has to break her promise. As her friend police ombudsman Dave Everett says, “Your house, Regan, your murder.”

Welcome back to Santa Cruz, the community whose unofficial motto is “Keep Santa Cruz Weird,” for the twists and turns of the third book in the Regan McHenry Mystery Series.

As always, the disclaimer is true: this story is fiction. But there are some things you should know before you read it.

California was deep in its second year of drought when it caught fire in the summer of 2008. At the height of the conflagration, over 1700 separate fires raged throughout the Golden State.

California is a huge place. Santa Cruz County is not. It’s the second smallest county in the state, tiny as counties go, only 445 square miles if you don’t count the parts that are under water.

We had three fires in three weeks within our county borders during the summer of 2008: the Summit Fire, the Trabing Fire, and the Martin Fire.

During the Summit Fire, Tom and I invited a young couple with a week-old baby to stay with us. They were friends of our son, Ben, and had been forced out of their home. Thirty-five houses were claimed in that blaze. Luckily the young couple’s home was not one of them.

We did the same for some clients when their house was filled with smoke during the Trabing Fire. That blaze took ten houses and ten barns.

We learned all about mandatory evacuations and smoke from wildland fires thanks to the Martin Fire in Bonny Doon. Our house wasn’t damaged, but the blaze came within a wind shift of overrunning our home and neighborhood.

The Martin Fire started on June 11th, a Wednesday that seemed too early in the year for fires. Wednesdays are days off for real estate agents like us. We planned to take our truck to Sacramento that day and pick up an antique wardrobe I found on Craigslist and visit friends who recently moved there.

We left Cinco in charge even though it was Harry’s turn for the honor—that was Tom’s idea. Cinco and Harry are our cats. Cinco’s a resourceful little country cat. She’s good at catching mice and too good at catching birds; she doggishly drinks water out of toilet bowls.

And Harry—well we don’t know what Harry’s good at yet—except that sometimes it seems like he can understand what we’re talking about. He’s a recent adoptee, a city cat with a history…but that’s another story.

Like I said, it was Tom’s idea to leave Cinco in charge. Tom’s not known for his prescience, that would be my department, but he just had this weird feeling and thought it would be ironic if a fire started while we were away in the truck…the truck we got to evacuate our favorite possessions in case of a wildland fire.

Tom likes to attend to details. He knows you’re supposed to close doors and windows when you leave ahead of a fire and decided it couldn’t hurt to do that—or to leave Cinco in charge with instructions to watch out for Harry if there was a fire, since he’s new here.

Tom and I left in the truck in a light-hearted mood, secure that all the hatches—or in this case doors and windows—had been battened down. It was a good move as it turned out because by the time we got back, a mandatory evacuation order was in effect for our neighborhood.

Cinco did an outstanding job attending to her responsibilities. She and Harry weren’t terribly hungry when we were finally allowed to go home; we found some feathers on the dining room rug. The cats didn’t seem to be particularly thirsty, either. We figured Cinco taught Harry how to lap water out of a toilet bowl.

2009 brought the Lockheed Fire to Bonny Doon. It was ten times bigger and took much longer to control than the Martin Fire, but the weather aided the remarkable firefighters again, as it had in 2008.

Our home escaped the inferno for a second time. Luck of the Irish.

I acted cool while the fires raged—I’m good at hiding what’s going on inside my head when I need to—but I was unnerved by them. People died in the 2008 and 2009 wildfires. Fortunately none of the deaths occurred in Santa Cruz County.

But one body was discovered here as a result of the fires—and it was closer to home than any of the flames were.