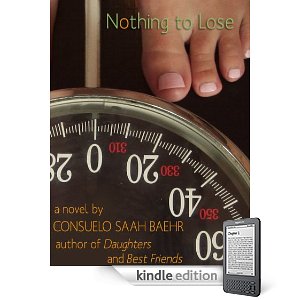 Consuelo Saah Baehr, author of Nothing to Lose, discusses her book, her journey as a writer, and self-publishing on Kindle.

DAVID WISEHART: What can you tell us about Nothing to Lose?

CONSUELO SAAH BAEHR: Nothing to Lose is a book for every person who has ever wanted something that's persisted in staying just out of reach. A novel of insight and great humor, this is an unorthodox Cinderella story about the triumphant makeover of the body and spirit of April Taylor, a fat girl from Queens with the right mind but the wrong body.

April—60 lbs. overweight, reeling from a broken marriage—wangles a job as a softgoods copywriter in a department store. There she meets Don, the black design manager who is determined to help her. "You're not really breathing," he tells her. "You're holding your breath for the next insult . . . such a waste, such a pretty face." April capitulates and the program begins: the wogging, the jogging, the hip walking, and near starvation that will melt her prison of fat.

Nothing to Lose is also about April's fantasy lover, Luis O'Neill. Luis is a half Irish, half Puerto Rican boy from the projects who makes it to Princeton and utilizes his dazzling good looks to become the youngest president in Burdie's history. Set against the backdrop of the outrageous world of advertising and marketing, this is a jubilant and satisfying story of risk-taking and love between two worthy survivors.

CONSUELO SAAH BAEHR: To be a good writer you have to be madly in love with the human race. You have to especially love the flaws because they create the conflict in the story and there can be no story without conflict. It is the flaws that differentiate the characters. Luis, in Nothing To Lose, can relate to women in a cerebral way but not in an emotional way and his life develops accordingly. He is brilliant at business but a flop at relationships. April is convinced that her happiness is tied to her weight. When she finds out this is not true, she is at a loss until she discovers her own solidity. Most of us have a set of “hidden” thoughts that are so habitual they become part of us. Those thoughts are what dictate our life patterns. If I know the “hidden” thoughts of a character, I know how he/she will behave in any situation. I also draw inspiration from the ordinary aspects of life. Mundane events that become extraordinary because of chaotic people or chaotic emotions.

CONSUELO SAAH BAEHR: Most of us need encouragement to move our lives along and my ideal reader would find encouragement within the mental life of my heroine and the emotional arc of this particular book. If I do the right job, April Taylor’s trajectory will mirror some of my reader’s journey and prove that stalled lives can turn around, lucky breaks do come along and the person you are inside will attract the right things. My ideal reader will get all of the ironic humor in the book and have a laugh or two along the way. The reader has to trust the author and some of that trust comes from knowing you are in capable hands. If you set a book in a particular industry, be sure you know that industry very well. I worked as a copywriter for a department store chain, the setting for Nothing To Lose, and my intimate knowledge of retail advertising makes it ring true to the reader.

CONSUELO SAAH BAEHR: Someone once asked what made me choose to be a writer. Choose? Most writers don’t have a choice. The writing monkey has been on my back since I was ten years old attending St. Mildred’s Academy, a boarding school for girls. In that sparse library I found a novel about an orphan who discovers her mother is a famous actress. I realized that writing gave you complete power to recreate the world and began writing immediately. After college I wrote advertising copy for many years, married, had three children, and began sending out short pieces while three toddlers ran around the house. An essay in The New York Times Op-Ed page brought me to the attention of editors and I received a book contract the following week. Four novels followed as well as screenplays, a one-woman show and several television scripts. Traditional publishing, as everyone knows, is bleak, bleak, bleak with one happy day: the day your agent sells your book. After that there is a year of silence while they “produce” the book. Even with good reviews, most books disappear in a matter of weeks. The sales force determines the print run of a book and that also determines the distribution. Most books are doomed before they hit the bookstores.

I stopped writing for several years. My loyal agent kept urging me on to complete a novel I had begun. Everyone loved the book but she was not able to sell it. I became a self-published author partly to give that book a chance.

CONSUELO SAAH BAEHR: It depends on what I’m writing. For my blog, the idea usually comes out of something ordinary that has happened in my life but I want to look at in depth. I just did two blogs on “How I Learned to Talk” because I found I was segregating what I said to certain people. With a longer work, I usually start my projects with a thought that comes into my head while I am raking leaves or washing dishes. Then I rush in and begin a document on the computer, save it and go back to the leaves or the dishes. I have many documents that I have saved this way with one or two sentences and when I come upon them, I think: "Oh, yeah, this was a good idea."

I mull things over at the beginning of a project to get the “voice” of the person who will tell the story especially when it is a “first person” narrative. The “voice” or tone of the protagonist is one of the most important aspects of a successful book. When I have that firmly in my head I start writing on the computer. Since I live alone, I can write any time. It’s strange but being self-published has eradicated the “procrastination” demon that used to plague me. I know that I can publish what I write and that gives me tremendous energy. It has been liberating.

CONSUELO SAAH BAEHR: F. Scott Fitzgerald (for his sentence structure and language). Hemingway for A Moveable Feast, one of my favorite books. Some of Anne Tyler’s books, specifically Dinner At The Homesick Restaurant. John Cheever for the way he got suburbia so right and so noir. I think Something Happened is Joseph Heller’s masterpiece and not Catch 22. Something Happened perfectly captured the maddening emptiness of the sixties’ corporate life and the way it affected family life. The TV show Mad Men does something similar. I admire Elizabeth Strout for that brilliant book, Olive Kitteridge, Sue Grafton for her alphabet series and many more.

CONSUELO SAAH BAEHR: Gone With The Wind. It might sound odd that I love both F. Scott Fitzgerald AND Gone With The Wind. For sheer storytelling power, GWTW is hard to beat and we all love a good story. My historical book, Daughters, is driven by narrative and it is a satisfying study of three generations of a family living in a small village ten miles north of Jerusalem beginning in the 1880’s.

CONSUELO SAAH BAEHR: I have a talented daughter who is an artist and she created the cover for Nothing To Lose.

CONSUELO SAAH BAEHR: I began a blog and diligently post every two or three days. I also comment on sites like The Huffington Post and The Daily Beast and invariably I get views to my blog and my books. I am a frequent participant on the Kindleboards and find the camaraderie very inspiring. I do guest blogging and interviews every chance I get and have also taken out two small ads on the Kindleboards. I did a Goodreads giveaway and attracted almost 900 participants. I send review copies to reputable reviewers and hope they’ll take the time to look at the book. I just keep doing what I can. I’m not very savvy technically but I cobble things together. I spend a part of every day doing some sort of marketing.

CONSUELO SAAH BAEHR: Why not publish on the Kindle is the question. Traditional publishing can be a sledgehammer to an author and has silenced many good writers who just gave up. Publishing on the Kindle is the most liberating development that has come along for authors in my lifetime. It’s just as monumental as the printing press. We’re just at the beginning of all this. There is a serendipity aspect to it that’s exciting. Your book can take off for any reason. Suddenly there’s a flurry of sales and you don’t know why. It’s just a marvelous flight into the inscrutable ether. The best part: the author is in control.

CONSUELO SAAH BAEHR: When I began writing, I wrote essays and short stories to get editors’ attention and eventually it worked. My first book contract resulted from an Op-Ed piece in the New York Times. I would advise a first time author to begin self-publishing with short stories or essays and see how they are received. If you have an entire book ready to go have a professional editor look it over before you publish. I have always benefited from my editors’ suggestions, even when they were painful. The life of a book on the Kindle is a long one and you want to keep every reader you get so they will also read the next book. 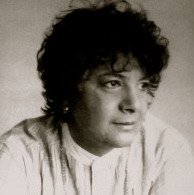 Consuelo Saah Baehr was born in El Salvador to French/Palestinian parents. At age five she joined her father and five uncles in Washington, D.C. where they ran the prestigious boutique department store, Jean Matou, a favorite of Bess Truman and Jackie Kennedy. Convent boarding schools came next and George Washington University. After college she began writing advertising copy for the Macy Corp. Marriage and three children followed and the writing was silent until a stunning Op-Ed piece in The New York Times brought a flurry of offers from book publishers. The result was the personal memoir, Report From The Heart (Simon & Schuster). Four novels followed: Best Friends (Delacorte/Dell); Nothing To Lose (Putnam's); Daughters (Delacorte/Dell) and 100 Open Houses soon to be a Kindle original. Daughters, a historical family saga set in pre-war Jerusalem, has been translated into 15 languages. It was published as a Kindle book in late August.